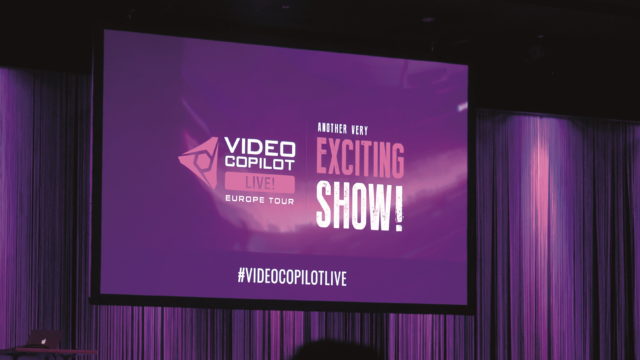 On January 6th, 2005, Andrew Kramer posted his first tutorial about Basic Sky Replacement. Since then he has recorded many great tutorials about VFX and motion design in After Effects. The current one is number 169 about Crossfire Particle FX. As his tutorials are showing useful tricks and workflows and have a self-deprecating humor, they became very popular.
After a while he started to develop presets, scripts and plug-ins. With his Element 3D plug-in, realtime GPU rendering of 3D objects in After Effects became possible. That caught the attention of J. J. Abrams, and in 2013 Andrew was the main title designer for “Star Trek: Into Darkness” and in 2015 he worked on some VFX for “Star Wars: The Force Awakens”.

The idea was born when Andrew met with Maxime Hacquard from the Motion Designers Community in LA to talk about a presentation in London. Andrew decided that, if he would come to Europe, he wanted to do more shows, and organized four events. Every show was a little bit different and even the thousands of visitors did not really know what to expect.
The first presentation in Berlin was Moritz Schwind from Entagma talking about Houdi­ni. Then came several motion graphics artists, showing some of their work. Andrew of course performed some live tutorials about creating the motion graphics for the shows and other exciting stuff. After his presentation of the new secret plug-in (more on that in the next issue) there were some prizes to win and an after party. In the end it was all about community and working together in the motion graphics and VFX industry.

DP: We heard that you are in Europe for the first time?
Andrew Kramer: I love it and I hope I can come back and spend some more time in each of the cities. You know, in Paris we had a couple of days in between the shows and I have just seen a lot of cool things that I’d like to do. And of course some really great restaurants I have got to hit!

DP: So, when we are looking towards the near future: What do you think will After Effects be in 2025?
Andrew Kramer: That’s not that far in the future. I think After Effects will continue to sort of grow around its community. Maybe more towards realtime content, maybe some more 3D-stuff. I know that the thing that really drives After Effects is the sort of community. Therefore I’m sure there’s going to be more amazing tools and scripts and content and hopefully it will just make its way into a faster and more robust package.

DP: And is Element 3D developing further alongside AE, or do you plan something new?
Andrew Kramer: We are working on the next version of Element 3D (version 3) and it’s got a lot of major changes. I think we have been able to do some really innovative things, which will hopefully change the way that you use Element 3D. Maybe I could give you one little hint as to what that is: The new version has a node editor and a timeline, so maybe that will give you a little bit of a sense of where we are going.

DP: That sounds great. So, Google Earth Studio could have a bridge into Element 3D with its huge system of coordinates?
Andrew Kramer: I’m not sure if you can import the entire earth into Element 3D, but we will work on it. I think the solution would probably be some kind of data set management loading and unloading to be able to get it to work. I guess my feeling is that if they continue to develop their product and make it easier to work with in After Effects or another camera system, there are some interesting opportunities. Obviously you know that we did a tutorial (a long time ago) called „Earth Zoom“ and it was more of a 2D effect and I’m sure it would look great even in 3D. 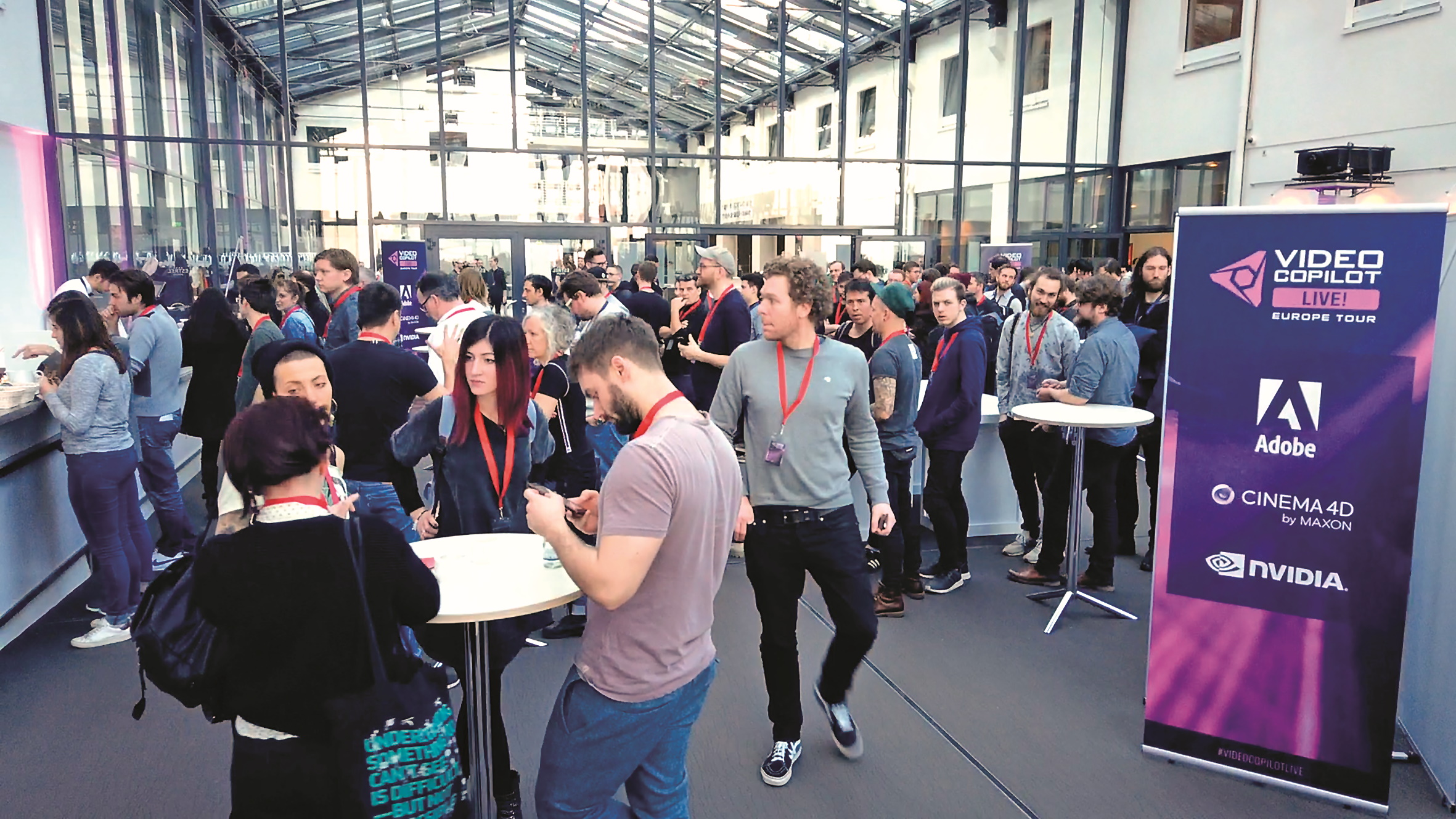 DP: What’s your take on Cinema 4D and its Houdini Engine as a bridge into After Effects?
Andrew Kramer: So, this year I’ve been diving into Cinema 4D in a big way. We have been working on a new project for a big production company and we are doing an animated, very elaborate title sequence animation using Cinema 4D with Redshift and Octane. I’ve been diving in deep, but the cool thing is that even some of our tools have been critical to marrying those two concepts.
While we’ve been comping in AE, some hero shots of certain 3D models are actually rendered in Ele­ment 3D and sent to the C4D renderer when it’s extracted – using Cineware for camera and lights. So for us, it’s been really cool to see where Element 3D fits into the pipeline with Cinema 4D, because you can do so much more, with so many possibilities for ray-tra­cers and all the other great renders. So to get to that quality, we definitely wanted to jump into C4D, but in order to finish the work and make it look good, we used Element 3D for a lot of small details and post-processing 3D effects. 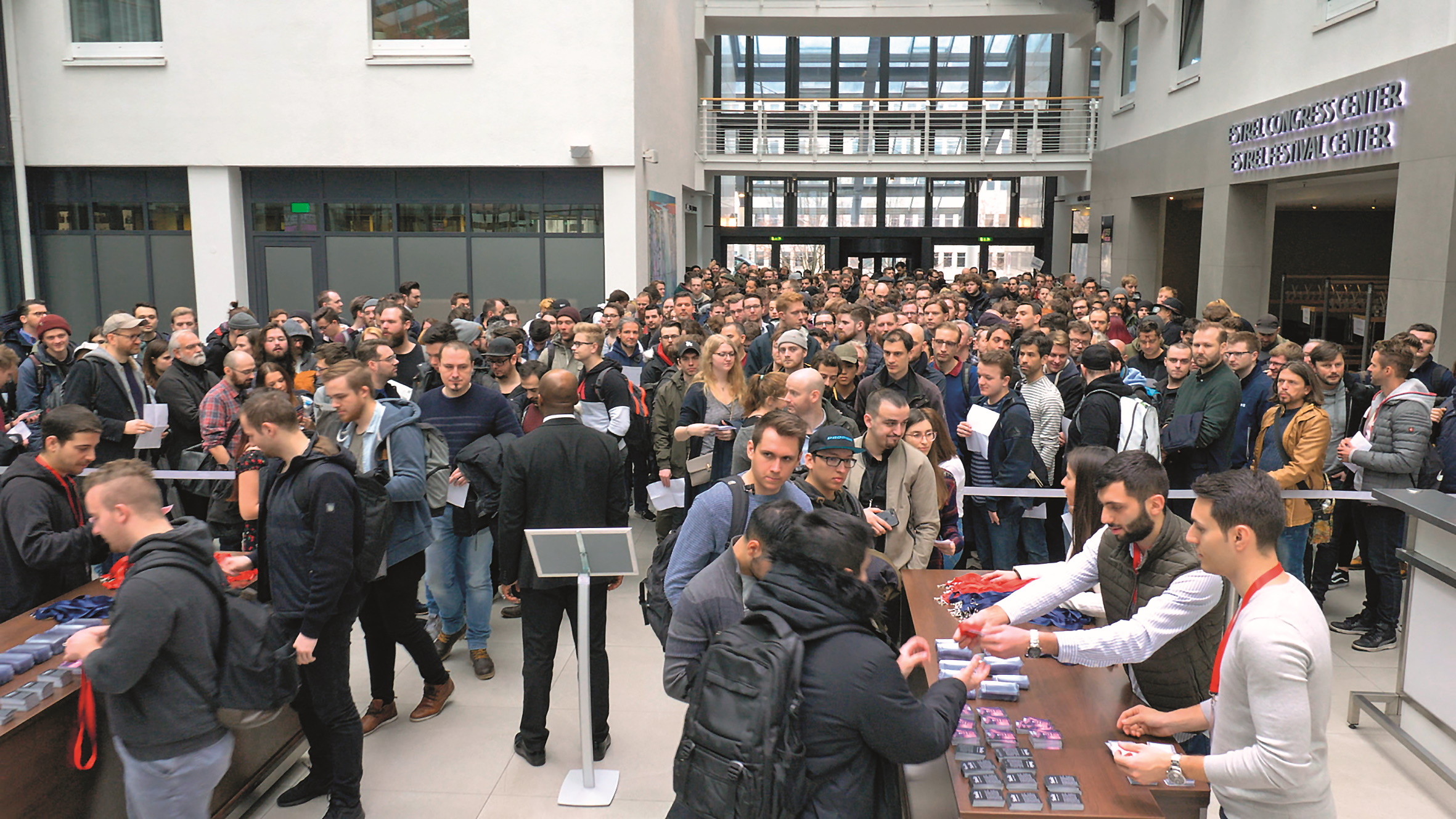 DP: Do you have any tools that you use that the community might not know?
Andrew Kramer: I think one thing is to invest in a really good time management system. We use Asana (asana.com) for goal management and it’s nice to have a schedule of things you want to accomplish. Some of you may know that this has always been a big challenge for me. I’ve been forcing myself to understand what exactly happens throughout the week, so that I can better get all the things done.

DP: You are also an editor?
Andrew Kramer: I’ve been using Premiere Pro for a lot of our projects. And one thing that I sort of inadver-tently stumbled into is pancake editing. That means you stack timelines on top of timelines and they work like realtime bins, so you can scrub through each of the timelines and your screen will switch to that timeline. It’s easier to find takes, experiment with edits and not feel like you have to constantly switch back and forth between projects. We’ve been having a lot of fun with Premiere, and of course it’s great, because we can then take those shots and just jump over to After Effects to do some visual effects like blending together two different takes or just creating a better timed performance. So I think doing a little bit of VFX makes Premiere an even more robust tool.

DP: If you look at all the people you’ve been meeting on this tour – as well as the comments on the Video Copilot tutorials: What would you recommend as a balanced tutorial diet? And which tutorials are you watching yourself?
Andrew Kramer: I think if you are into creating video or motion design, the only real way to learn is to go out and create something. So, having an understanding of the tools is helpful to see what’s even possible, and a tutorial can show you that. This isn’t difficult.
It’s really a matter of finding that balance between what’s possible and what your limitations are with your own skillset – making sure that it doesn’t get in the way of what you want to create. And the only real way to learn that is to get out there and make stuff.
And of course check out videocopilot.net, and if you want some really great tutorials, check out postproduction-tutorials.net
(laughs). 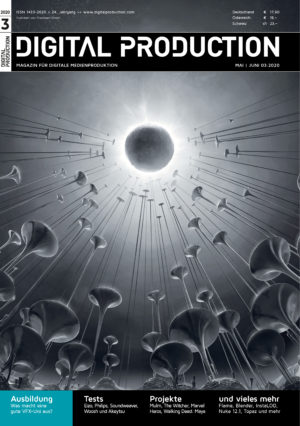 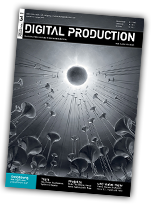