The biggest hurdle faced by everybody from animators to lighters and riggers is that of compute power. As software becomes more capable, the requirements of the hardware it runs on increase, and it can become a game of cat and mouse. Luckily, developments in hardware have taken a giant leap forward, enabling users to take advantage of all the tools and techniques they want to use in their latest projects. 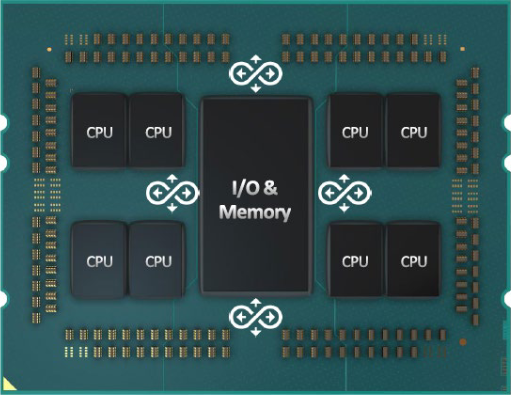 We’re taking a look at AMD’s Threadripper PRO CPUs which deliver massive amounts of computing power, not only by utilizing their enormous clock speeds, but by including the high number of cores found on each processor.

Software like Autodesk’s 3D Studio Max can now take advantage of the single threaded class-leading performance and market-leading multithreading capabilities – massively reducing wait times for high resolution renders that include attributes such as global illumination, which can be very compute intensive.

The rapid increase in quality of output that clients require has exacerbated this effect too. 4K content is now an industry standard, while 8K continues to gain a lot of traction; with all of this in mind, workstations need to support those content creators who craft stunning visual and multimedia content.

AMD’s Threadripper PRO CPUs thankfully open the door to such possibilities. Up to 64 cores and 128 threads, max boost clocks of up to 4.2GHz, and an impressive L3 cache up to 256Mb, there’s plenty of headroom for even the most demanding applications and use-cases.

“Editing 8K videos and animations is demanding, which is why we’re so excited about the AMD Ryzen Threadripper PRO processors. These new CPUs are a leap forward in performance, enabling advanced content creation workflows with Adobe® Premiere® Pro and After Effects® .” – Sue Skidmore, head of partner relations for Adobe Video

In applications such as Adobe Premiere Pro, video editors and animators are already editing 8K RAW footage in real-time, removing the need to work and playback in smaller resolutions. This type of hardware advancement removes those stereotypical roadblocks that creators have faced for decades, truly allowing them to create freely without limits.

A universal approach to computing

Not only do artists see the benefits of the raw processing power, but the gains of a more holistic approach to a system. Not only do you get the high core counts but multiple lanes of PCIe 4, which demolish the problematic bottlenecks often experienced with other systems, allowing for huge increases in connection speed to storage devices and graphics cards. Large memory bandwidth helps with transferring large texture sets into RAM, further supporting the system and allowing creators to work efficiently.

What we do know for fact is it’s no good being able to render frames at exceptional speeds if your workstation sits twiddling its thumbs while the image is sent and saved to a hard drive.

Create at the speed of thought

The benefits are clear when you see the results in action, and you only have to glance at the work done by look dev artists, animators and the like to see those results. When a task relies heavily on iterative processes, then the ability to render frames consistently, speedily and reliably becomes all important. It isn’t just the hardware bottlenecks that are in play but the restrictions on creative thought and process too, and that is where we found the Threadripper PRO shines.

In Houdini 18.5, a 3D procedural software used by artists to rapidly create film, TV, game development footage and more, the Threadripper PRO processor outperformed the competition when rendering 700 fully simulated frames, rendering the full process in 231 minutes, compared to the competition’s 320 minutes; a full one and a half hours shorter in this particular render.

It’s not just with Houdini that the Threadripper PRO shines, however. Multiple tests and benchmarks conducted across the following applications show that AMD’s pro workstation processors are the cream of the crop for professional creative demands:

It’s worth bearing in mind that many of these tests were matched up against two of the competition’s high-end workstation processors. To be clear, that’s two processors working together in contrast to AMD’s single chip. Seriously impressive numbers from AMD.

It’s not all about the render, though. As much as waiting for the final beauty images to materialize can be a painful wait, so too are many other tasks – especially the ones that require frame by frame updates to things like cloth and fluid simulations. The Threadripper PRO runs with such complex and intensive tasks, chewing through them easily, again allowing digital content creators to stay focused on the worlds they are building – rather than taking endless coffee breaks while the workstation catches up.

It is not often that an enhancement in hardware can have such a profound impact on render times and especially at the current cost we are seeing for Threadripper PRO based systems. It is a great choice if you are looking to upgrade or add a new system to your business.

Head here for more information and to get your own AMD Threadripper PRO processor. 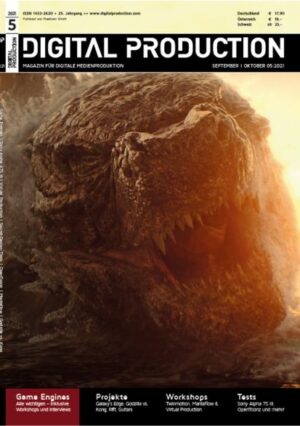