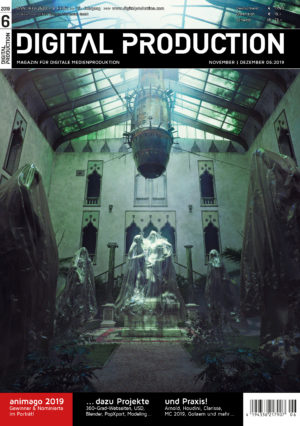 Wether you like it or loathe it: “Game of Thrones” kicked of the rise of quality TV – decent acting, scripts that aren’t optimised for advertisement breaks, and budgets that get used for giving an amazing optical spectacle. The finale of the series – Season 8 – might have been the most hotly anticipated couple of episodes in TV history yet.

VFX often implies dragons, spaceships and robots – preferably all three, with big explosions. But, as with many forms of art, getting to realism is much harder than one would assume. Nowhere more so than with “Sicario 2” – a film we thoroughly enjoyed, and in manycases did not see the VFX.

There are movies that have one kind of VFX – robots, explosions, environments, and so on. And then there are some who have EVERY kind of VFX, for example the second instalment of “Fantastic Beasts”.

We are used to animated movies being either funny, experimental or absurd, sometimes all three. But at this year’s Jury Event, one came along which left an emotional impact (that kind of “oomph” deep in your belly) and convinced us in terms of quality: “Trois Francs Six Sous”, made by students from Supinfocom Rubika, tells one of those war stories that don’t make the history books.
Links zum Artikel:
https://vimeo.com/3f6sshortmovie

Do you know that familiar feeling when you see a movie and think: Wow, that is some part of a big universe with a giant productionand design-team and dozens of writers and all the trimmings of a big-budget production? That is what the jury thought when they saw “Projeckt” – and during the end credits, everyone was flabbergasted to see that the trailer for the big production was done by two (2!!!) students.

In February 2018, we were approached by Square Enix, tasking Axis Animation with crafting a reveal trailer for their new IP “Outriders”. But what is that about?

Every once in a while, there is a cinematic which makes you think: “I need to play this! This is ALL COOL STUFF!” And if you look around at gamers, there are very few (except the Minecraft- and Dark Souls-crowd), who wouldn’t take “Cyberpunk 2077” for a spin. Propably because all we have seen so far has been amazingly cool, and the trailer ticked all the boxes.

Platige Image is an old hand at the animago – countless nominations and more than a couple of wins show how much the folks in Warsaw have been doing over the years. But what does it look like, when they imagine a nightmare?

When you compare games – and their respective ingame graphics – it’s always a balance between A-list titles with a thousand artists and indie-games with 10 people – you decide which has the most amazing parts per Artist (which will from here on be known as 1 APPA – that whole classification thing isn’t hard!). Nevertheless, if you ask us for that one game whose graphics and attention to detail in relation to a very, very, very small team amazed us, our answer is “Utopia Syndrome”.

Military shooters are a dime a dozen, but some manage to catch our attention: “Ghost Recon” has the most detailed in-game world yet including such incredible touches as skidmarks in the mud, an island that has all kinds of different vegetation and environment and an all in all great world for players to have fun in.

What is the first video game hero(ine) that comes to mind when you hear adventure? For us it is Lara Croft. The reboot has been doing very well – so say critics and gamers. The technical finesse is, even 18 months after its release, still the yardstick to measure all others by.

How dangerous can obesity really be? For food manufacturer Almarai, the animation studio Sehsucht in Hamburg has dealt with exactly this question.
Links zum Artikel:
https://vimeo.com/326866435
https://www.sehsucht.de

In a time when everything gets an animated prequel, the Studio Lobo told a sequel to an unintentionally interrupted story – the story of Howard Stein.

In case you haven’t noticed: Christmas is right around the corner – usually a couple of weeks after animago. And if that doesn’t jog your memory, the big commercial entities are sure to remind you. Some of them decide to tell heart-warming stories. One of them is “Christmas doesn’t need much. Only Love”, which was made for Penny (the discounter) by Glassworks Amsterdam. We talked to the three codirectors Darren Macpherson, Hugo Rodriguez and Rüdiger Kaltenhäuser.

We all enjoy a bit of culture every now and again. So why not have a dinner and an evening in the opera? Maybe some fish for dinner?

When was the last time you really identified with an animal? And not in the “I want to sleep all day like my cat”, but in a meaningful way? Propably with the “Planet of the Apes”-movies?

How do you turn a bird – a heron to be precise – into a story? Well you give him a name and show things about him. Like Laurie Estampes, Flore Dupont, Milan Baulard, Quentin Nory, Hugo Potin and Ismail Berrahma from the Ecole des Nouvelle Images did.

Have you ever been to Lisbon in Portugal? Well, we recommend a short trip – something like 5 Minutes and 18 seconds, and a team of students from Supinfocom will take you there!

Spring is late this year. Covered by a sea of clouds, a valley stands still in the icy grip of winter. A shepherd girl and her loyal dog have to face ancient spirits in order to continue the cycle of life.

Short Movie: The Pig on the Hill (Winner)

When Pig‘s free-spirited, rambunctious new neighbor, Duck, plunges himself into Pig‘s quiet, orderly life, Pig learns that having friends is what he has been missing all along.

From fabrics, patterns and colors, design concepts and Python scripts to final rendering: Within the last year, Thomas Gugel’s Motion Design project for GUNEE Homme evolved into an outstanding work with a lot of intricate materials and structures, which now received a nomination for the Motion Graphics category of the animago.
Links zum Artikel:
https://www.gunee-homme.com
https://www.three-seconds.de

Ian was born with cerebral palsy. Like all kids, he wants to have friends, but discrimination and bullying keep him from his beloved playground. Ian won’t give up easily, accomplishing something that will surprise everyone.

When you think of VFX and animation, it is easy to think that everything has been done over and over and over again, and nothing new comes along, only better versions of things already seen. And you know what else is true? We know f*** all, and are surprised year after year. For example, the nominee for this year’s “Jury’s Prize”, “Bavure”.

In “The Beauty”, the team of the Filmakademie Baden-Württemberg takes us on a deep dive into an otherwise unpleasant part of the world. However, beautiful pictures and sounds from the depths of the oceans can be seen and heard – consisting of flip-flop swarms, coral reefs made of plastic cutlery and straws, plastic bag jellyfish or bottle whales. The film by director Pascal Schelbli approaches a big problem of our time in a very creative and different way – which not only impressed our animago jury. As winner of the animago „Jury‘s Prize“ category, we take a close look at the process and implementation of the project.
Links zum Artikel:
https://thebeauty-film.com
https://www.filmakademie.de/en

A courtyard instantly makes a house feel sophisticated. And then there are some classical statues in there – nice! But what’s that on the ceiling?

One of the advantages of the “Still” category is that you can go fully into photorealism with every pixel – like Flavio Albino, Flavio Teixeira and Rafael Dioli and the team from Platinum FMD from Brasil did.
Links zum Artikel:
http://www.platinumfmd.com.br

Last year’s animago issue had a cheetah on the title page – very realistic and unbearably fluffy. The creator, Yuriy Dulich, graced this year’s competition with another majestic beast – and the readers picked him as a Winner in the category “Best Still”.
Links zum Artikel:
https://www.fws.gov/lab/featheratlas/
http://www.featherbase.info/ru/home

Every year, we have to make a tough choice: The stills of the animago participants are ALL simply amazing. But since we only have one prize, we turn to our readers to choose the best one. We could honestly not decide, so here they are.

The Missing Link in After Effects 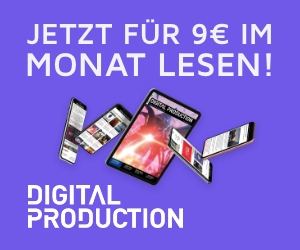